Latest Film: Dolly Parton’s Mountain Magic Christmas Pre-Production
TBA
Dolly Parton is back to bring a little joy to the world! This festive, star- studded musical follows Dollyâs journey to create a live Christmas special at Dollywood. When production mishaps threaten to ruin Dollyâs vision, three wise men appear to help her rediscover the true joy of the holidays â and it all starts with mountain magic! 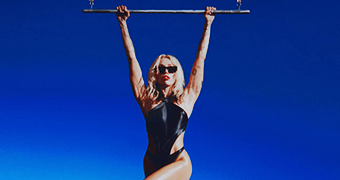 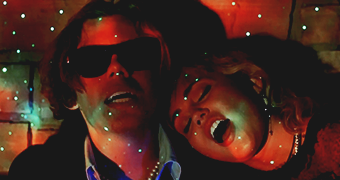 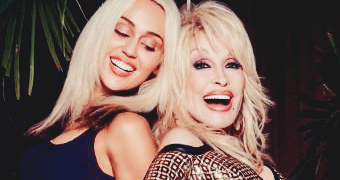 GIF of the Moment

In the wake of Billy Ray Cyrus’ split and ongoing divorce from estranged wife Tish Cyrus, the Achy Breaky star has had a falling out with superstar daughter Miley.

The Sun is reporting that the pair had some sort of fight, and that things have escalated to the point where they have cut off communication with each other, including unfollowing one another on Instagram.

The rift between them reportedly reared its ugly face after the country music star publicly announced his split from Miley’s mother in April after nearly 29 years of marriage. ‘Miley is all about peace but she didn’t agree with some things that her father has done. It has really escalated and they are not on good terms,’ a source told the publication.

‘There were words exchanged over what Â­happened towards the end of Billy and Tish’s marriage,’ the insider maintained, and since then ‘they clearly see things very differently.’ Their relationship has gotten to the point where neither father nor daughter is willing to take the first step and offer an olive branch to mend their differences.

‘Neither of them is particularly eager to make amends right now without an apology,’ that person close to the situation shared.

In fact, both father and daughter sound like they’ve dug their feet into the ground deep enough that they aren’t willing to budge on the matter.

‘The rest of the family are hoping it will blow over soon and they will be able to make up, but Billy and Miley are both upset,’ the source explained.

Tish and Billy Ray got married in December 1993 and they share five children: Miley, 29, Noah, 22, and Braison, 27. Tish also has two children Brandi, 34, and Trace, 33, from previous relationship, both of which were adopted by Billy Ray, who also has a son, Christopher, with his ex-Kristin Luckey.

This is the third time Billy Ray and Tish have separated and taken steps towards divorce proceedings, one of which led to an estrangement between the country music star and Miley.

Billy Ray was the first to file for divorce back in October 2010, which led to a shaky situation with Miley to the point that they became estranged in the years since Hannah Montana ended.

‘The damn show destroyed my family,’ the Dancing With The Stars alum told GQ in 2011 of the Disney series, for which Billy Ray played the father of Miley’s character Miley Stewart, before adding, ‘It’s all sad.’ He went on to confess: I’d take it back in a second. For my family to be here and just everybody to be OK, safe and sound and happy and normal would have been fantastic. Heck, yeah!’

Billy Ray and Tish would find a way back to each other the following year and the singer-songwriter ended up dropping the divorce petition.

Three years later, in June 2013, more problem arose and Tish took the first steps to file another divorce petition. But the estranged couple decided to seek help through a marriage counselor, and repaired their differences enough that they were back in each other’s arms.

‘We both woke up and realized we love each other and decided we want to stay together,’ the Ready, Set, Don’t Go singer and his wife said in a statement at the time. ‘We both went into couples therapy something we haven’t done in 22 years of being together, and it’s brought us closer together and really opened up our communication in amazing ways.’

This past April, Tish would again be the one to file for divorce in Williamson County, Tennessee, citing ‘irreconcilable differences’, according to documents obtained by People.

The producer went on to reveal that she and Billy Ray hadn’t lived together in the same home in nearly two years.

‘It is after 30 years, five amazing children and a lifetime of memories, we have decided to go our separate ways â not with sadness, but with love in our hearts. We have grown up together, raised a family we can be so proud of, and it is now time to create our own paths,’ their joint statement issued to People began.

‘We will always be family and look forward to a continued and loving shared experience as friends and parents. We have not come to this decision lightly or quickly but with so much going on in the world, we wanted to provide some clarity and closure, so we can remain focused on what is important. With Love and Hopeâ¦ Tish and Billy Ray Cyrus.’


For optimal viewing: This website is best viewed in a resolution of 1024 or higher, 32 bit color, and in Mozilla Firefox. Javascript, CSS and Tables.

Latest Film: Dolly Parton’s Mountain Magic Christmas Pre-Production
TBA
Dolly Parton is back to bring a little joy to the world! This festive, star- studded musical follows Dollyâs journey to create a live Christmas special at Dollywood. When production mishaps threaten to ruin Dollyâs vision, three wise men appear to help her rediscover the true joy of the holidays â and it all starts with mountain magic!

GIF of the Moment